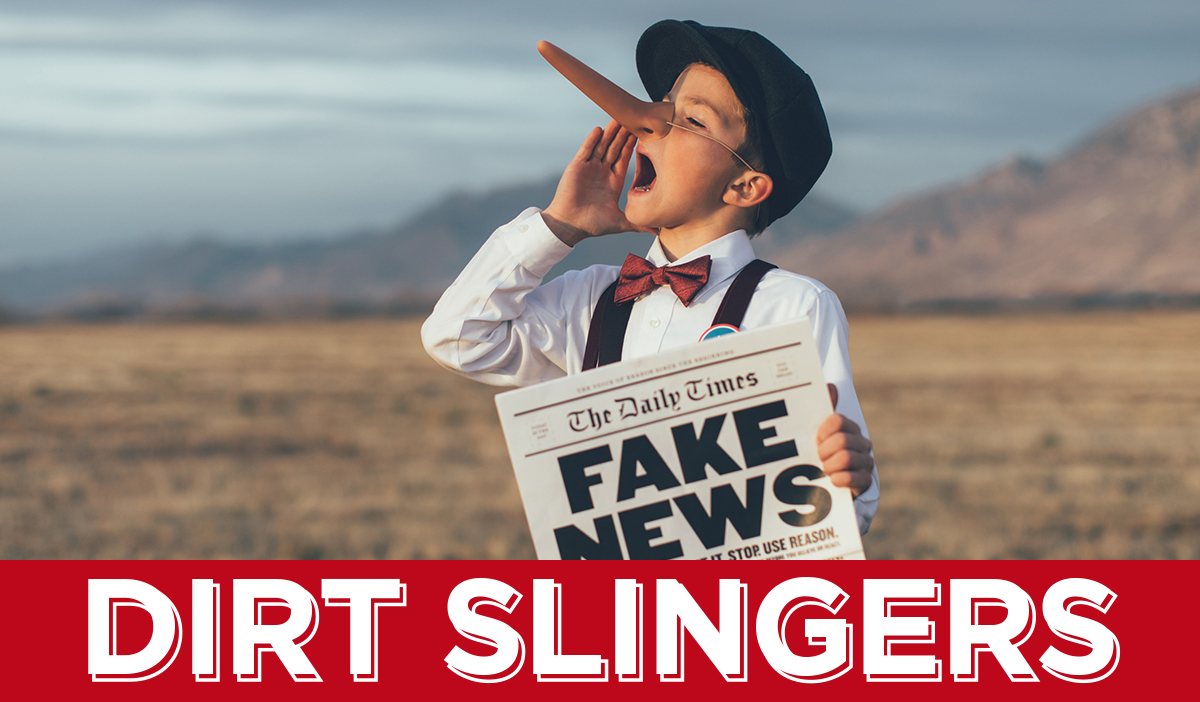 A crazy thing happened last week: I was slandered by a competitor.

To get the full impact of what just happened to me, you need to know a little about me. I’m not telling you this to boast, but rather to set up the story.

I’m a 5-Star Avvo-rated attorney. I scored #1 when I took the Arizona bar exam, and have a pristine, unblemished, professional record, both as an attorney and a real estate broker. My real estate firm grew over 1400% this past year, vying to become an INC 500 company (perhaps that’s why this story took place).

What to do when you get slandered by a competitor

Last week I was talking with one of my Paradise Valley clients when he sheepishly said, “Greg, I’m sorry about what happened to you.”

“What happened to me?” I asked with a perplexed look (I thought it had been a great week).

“That lawsuit, and you getting disbarred,” he said in an embarrassed voice.

At first I thought he must be kidding. “You’re not serious, are you?” I quickly replied.

“Hell no it’s not true! Who said that? I’m in no lawsuit and have never had a bar complaint, not even a minor one,” I emphasized.

I immediately asked my client who said this, and he was kind enough to tell me. Turns out, it was a competitor trying to persuade him to list his home with them instead of with me. What a low-blow, crappy thing for someone to do. If they couldn’t beat me by being better, they ought to improve themselves, not lie about me.

Have you ever been slandered by a competitor?

Has it happened to you? Did anyone ever say untrue things about you? I suppose it happens to most of us. Personally, I think this is the result of jealousy, a person disappointed with his or her lack of achievement, a person who wishes they were like you.

Would you rather be stoned or slandered?

The old saying, “sticks and stones may break my bones but words will never hurt me” may sound good, but it’s not true. What people say about us matters. I’d rather be stoned than slandered. I’ll bet you feel the same way.

People who spew untrue lies behind our backs should be publicly exposed, publicly embarrassed and publicly apologize. They should also have to wear a dirt slingers’ scarlet “D” on their chest for 30 days.

You can find out most anything about someone online. I quickly showed my client that I was in good standing, no lawsuits, never a complaint; and had lead a pristine professional life. He was embarrassed at first, but quickly turned furious at my competitor who had lied and misled him.

I was about to file an ethics complaint, possibly costing this slanderer his real estate license. I figured losing his realty license would be appropriate justice since he falsely accused me of losing my law license.

Do you confront someone who slanders you?

I decided to confront the slanderer first, driving to his office and slamming the door.

When I told him I knew what he’d done, he looked sick (and scared). His excuse?

“Gosh Greg, I’m sorry. A few of us in my office were talking and figured you must have lost your law license or you wouldn’t be selling real estate.” That was the dumbest excuse I’d ever heard!

Why do people sling dirt?

I think dirt slingers are jealous of others who achieve more. They do this to make themselves feel better about their failures in life.

What can we learn from this incident?

Don’t be jealous of people who achieve success, be inspired by them. Feel sorry for those who criticize others to feel better about themselves.

Read another story about about one despicable dirt slinger.

Enjoyed this post? Get my blog delivered to your inbox weekly.

SELL YOUR HOME IN 72 HOURS
AT FULL MARKET VALUE

Get a Price on Your Home!